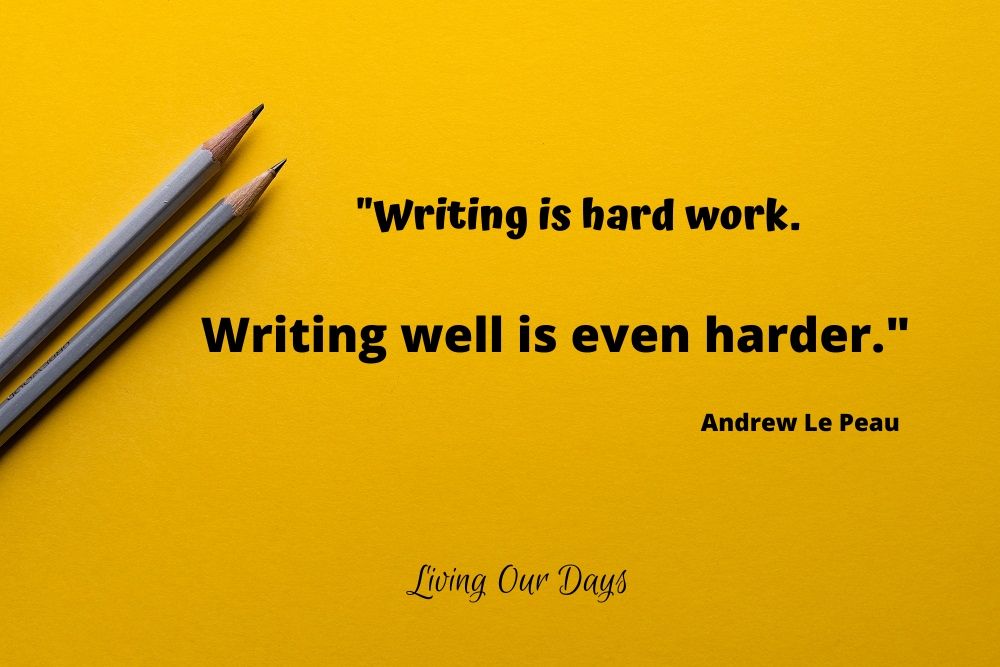 As a true fan of certainty, I am filled with longing whenever I read Old Testament stories in which God shows up in unmistakable clarity. He speaks from a bush on fire, gives audible instructions for travel, and issues a rebuke from between the squared off teeth of a donkey. Even when Samuel, young and inexperienced, failed to recognize God’s voice by its tone and timbre, Eli was snoozing nearby to set him straight.

In the Old Testament, a person’s calling was crystal clear. Elderly prophets showed up, oil was spilled, and momentous words were spoken over the head of the called one. By comparison, 21st-century followers of God seem to have been left to our own devices. Stumbling into a writing and speaking ministry in midlife, my own experience has been to recognize my vocation in the rear view mirror, as it began to dawn on me that almost every job I’ve ever held has morphed eventually into a writing gig.

There’s a certain audacity in saying, “God has called me to write”—particularly

in seasons in which it is not readily apparent that God has called a corresponding population to be readers of the words I’m writing!  I’m not alone in thinking this:  Author and editor, Andrew Le Peau wrote books and articles for 25 years before ever thinking much about any calling or vocation that might be driving his successful career.  In fact, until his daughter quizzed him one day about his thoughts on God’s calling, he realized he had never before put words around his decades of faithfully following the abilities and interests God had given him.

Write Better: A Lifelong Editor on Craft, Art, and Spirituality

published by InterVarsity Press in 2019, is one expression of LePeau’s vocation to “glorify God with words, whether written or spoken,” along with his personal invitation to examine the writing life as a craft, as an art, and as a spiritual practice. With a balance of humor and sagacity, he takes on topics from the importance of thorough and careful attribution to writer’s block and the role of the outline outside Miss Whitebread’s fifth grade classroom.

I’m sharing my review of the book, particularly as it deals with writing as a spiritual practice, with the folks at The Perennial Gen. Join me there?

Many thanks to InterVarsity Press for providing a copy of this book to facilitate my review, which, of course, is offered freely and with honesty.

I am a participant in the Amazon Services LLC Associates Program, an advertising program designed to provide a means for sites to earn advertising fees. If you should decide to purchase Write Better: A Lifelong Editor on Craft, Art, and Spirituality

, simply click on the title within the text, and you’ll be taken directly to Amazon. If you decide to buy, I’ll make a small commission at no extra cost to you.

Photo by Joanna Kosinska on Unsplash

Subscribe to Living Our Days to get regular content delivered to your inbox. Just enter your e-mail address in the field at the top of this page.

43 thoughts on “How Do You Know if You Are Called to Be a Writer?”

Follow Living Our Days on WordPress.com
Join 6,039 other followers